In the first half of this year, Taiwan increased its e-bike exports to 410,000 units or 21%. Export values of e-bikes reached €440 million, on par with regular bikes which stood at €491million. 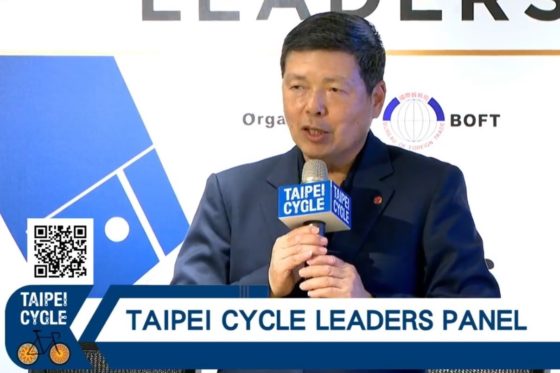 This was announced earlier today at the Taipei Cycle Show 2021 press conference by retiring TAITRA President Walter Yeh. According to Yeh, “the excellent economic performance of the Taiwanese bicycle industry has been helped by a continued boom in the popularity of e-bikes globally.” Taiwan’s main export markets this year are the United States, the Netherlands and Germany.

Although Sweden is still relatively a small market with 21,500 units the import from Taiwan boosted more than 300%. According to TAITRA President Walter Yeh, “the main reason for these export volume increases in both Sweden and Germany but also other European countries are the local incentives and promotion campaign initiated by Governments to get more people cycling.”

One year delay
During the press conference Giant Group’s Chairperson Bonnie Tu explained that the lockdown in China in February and March had the biggest impact on the group’s performance. “Soon after the lockdown was lifted in China, sales already started to pick-up again. The same happened in Europe.” The order backlog for bicycle industry is still huge. “We would like to increase our production output, but that is very difficult due to labour shortages and insufficient supplies. The lead-times for parts and components is now one year and we are booked up to our capacity for next year.”

The components backlog was confirmed by KMC Chain chairman Robert Wu. “Next year will be difficult for us as we need to produce much more in order to keep up supplies,” said Robert Wu during the press conference.